It’s More Than Just a Cooler 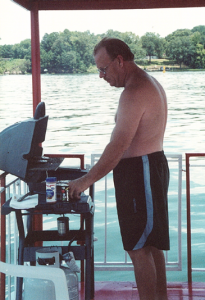 My dad has terminal cancer. (Don’t worry! This isn’t a sad blog post and I promise it’s relevant to promotional products.) He was diagnosed in March 2022 with stage 4b small cell lung cancer. While the prognosis is poor, there have been some really sweet surprises in the ups and downs – including the surprising joy I’ve found in a very old cooler.

We had what we called “the big red barge”. My paternal grandfather commissioned it to be built in 1967 – It was essentially a giant floating patio with a motor. Pretty sure it topped out at 5 mph and, because of its size, you really didn’t want a hot shot in a big ski boat to zoom by since its wake would cause everyone to grab a hold of everything they could while planting their feet firmly to prepare for the massive teeter tottering that would ensue. Inevitably, someone’s hot dog would end up rolling off the table and into the lake. We spent every weekend on the barge from April to October my entire childhood. 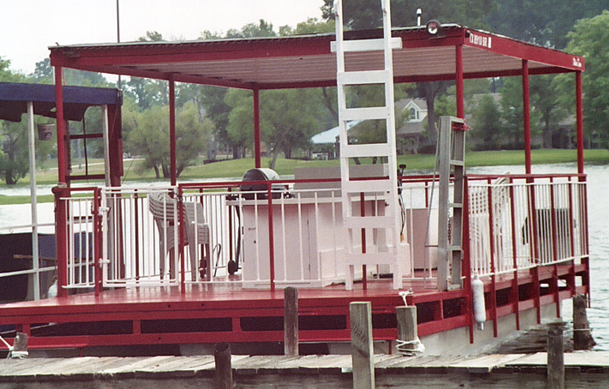 *Coolers are the point of this story – I promise I’m going somewhere.

My dad has always been a serial entrepreneur. While he’s worked for large companies, he always had a side business going. John Harper & Associates was his company that did a little bit of everything and employed a range of people over several decades. So, when it came to building his brand, it made sense that it was merged with the other brand he and his father built – the big red barge. All of the coolers and containers and anything moveable, really, had a John Harper & Associates metal tag on it. Apparently, there weren’t many decoration options for promotional products in the 70s.

In November of 2021, as my dad’s health started to decline and they became unable to keep up with the lake house they purchased many years before, they decided to sell it. Of course, I felt immense sadness over this decision because I knew that my parents were their happiest at the lake – and so was I. My husband and I looked to see if we could buy it from them, but the timing wasn’t right for us. However, in a stroke of good luck, the timing was right for our best friends, whom my parents happen to love. They purchased the lake house (and literally all of the contents/boats/furniture/etc.) and have been making so many memories, similar to those I made in my childhood, with their family.

I’m fortunate enough to work for a company that values their employees so much that when I asked to work remotely from the lake for a week this summer, I was immediately told “of course”. So, while my son went to overnight camp, my husband and I spent a week at my parent’s our best friend’s lake house. It was everything we needed. It felt so good to be on the lake where I grew up, in the house that still had my parent’s presence everywhere. 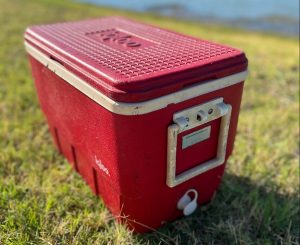 I needed a cooler for a boat ride, so I went to the garage to grab one of the many my parents left with the lake house. I saw a red and white Igloo cooler that I had seen 1,000 times before – it had John Harper & Associates branded on it and, I imagine, it was made in the 70s. Now, I’m not an emotional person, but the range of emotions that I felt from seeing this silly, old cooler is almost indescribable. I felt grateful, loved, sad, nostalgic, joyful and bonded with my dad. All because of a branded cooler.

There’s power in promotional products. It doesn’t have to be trinkets and trash. It can be meaningful, generational and joy-filled.

Ironically enough, Igloo coolers have made a resurgence. Maybe you’ll find something you can brand with your logo (more than a metal plate) that will make it through generations and merit a lengthy blog post.

All great brands tell a story. We help you share it.